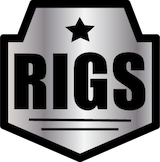 A short fictional story by yours truly to get the subject started. Enjoy!

A guy and his wife go in to the nearest truck dealer and look at a truck. The guy takes the lead as his wife stands back when a salesman comes up to him and asks, “can I answer any questions for you?” The buyer simply asks, “how much?” In the salesman’s response, he highlights some key elements that speak to the value of the truck like included upgrades, quality assembly, extra tools and accessories, and included warranty and then finishes with the price, “…$110,000 sir”. The buyer appears satisfied and says, “let me think on it and I’ll get back to you. Thanks for your time!” A quick handshake and they part ways.

That night, the buyer is coming thru the internet to compare pricing and check to make sure he’s getting a good deal. Low and behold, he finds “the exact same truck” on the internet a few hundred miles from him. He clicks thru the pictures and glances thru the specs and by golly it looks like the exact same thing. Chassis brand, bed brand, cloth seats, tire sizes, engine, transmission, power windows and door locks…everything appears the same. But, this one’s only $100,000! “That’s $10,000 in savings” he shouts to his wife – who nods in a “shut up, I’m trying to watch my show” sort of fashion.

The next day, the buyer picks up the phone and calls the local dealer. “I’d like to do business with you because you’re local”, he says. “But, man, you’re $10,000 too high! Can you do anything about the price?” The local dealer tells him he can’t really do anything and warns him to check the spec’s of the other truck. “I did man, and it’s the exact same truck”, the buyer replies. The salesman tells him again, “look it over closely. If it really is the exact same and they’re able to do it the way we did it for that much less, than I would grab that deal if I were you. But there’s nothing I can do here. I’m sorry.”

The next day, the buyer drives the few hundred miles to go buy the cheaper truck. He gets there and it looks like it did in the photos. He happily pays and gets on his way in a matter of a couple hours. As he’s driving home, his excitement begins to fade as he realizes that there’s something about the interior that doesn’t seem quite like the one at the dealership. He can’t quite put his finger on it, but there’s just something. “Oh well, I saved $10k!”, he reminds himself. As he pulls in his driveway, he can’t wait to look it over some more, show it off to his wife, and begin to put his stuff in it. His wife spots the difference in the radio package right away, then she looks at the body and says it’s missing a toolbox compared to the local truck, and when she opens the doors, she asks where all the stuff is that was on the other truck. He says, “you don’t know what you’re talking about, it’s the exact same thing and it was $10,000 less!” She nods again, and goes back in the house.

As the new owner gets to work actually putting all his gear on the truck, he begins to notice the things his wife pointed out. His stomach starts to feel a little different now and the excitement is wearing off. He starts to remember what the salesman told him and more specifically what he saw on that truck that he doesn’t see on this one. As he starts to calculate what he’s missing, he realizes the cost of adding everything is gonna add up pretty quickly. He looks it over more closely and sees some quality issues in assembly and it dawns on him – you get what you pay for.

What’s the moral of the story? Listen to your wife!

Now, that’s a fictional story, and it’s not that good really. But, it highlights a few things more than just listen to your wife. Of course, that is something I’ve come to learn is very important in life…

When you’re shopping for a truck, you will always see someone with a different price. When I was working for dealers, I would even see price discrepancies and had to navigate thru them with the dealership principles, department heads, managers, and on and on and on. Sometimes, it really is as simple as one dealer charges more than another for the same product. But when it comes to hand built trucks – every work truck is built by hand – it’s not that simple.

One of the most annoying things about selling new work trucks is the fact that there are what seems like a million things influencing the price. Chassis spec (that alone can swing a price by 10s of thousands of dollars), bed spec (there’s another one where small changes along the way can have big impacts at the end price), freight (always changing and when it comes to work trucks, there is no equalized freight like there is for your Honda or Chevy), assembly cost (different parts of the country have different labor rates and overhead expenses on the up-fitter that make price comparisons difficult), accessories and options (each distributor chooses how to finish the truck and then there’s all the pricing for all those things, freight, labor, etc.). All of these things combine for the total price of the truck.

So, the white truck compared to the white truck. In photos they may look the same, but what’s the frame RBM? What’s the body length? How was it installed? These, and a ton more, are all questions you need to be asking depending on the type of RIG you’re buying.

Especially when looking at class 6, 7, and 8 trucks, YOU HAVE TO READ THE SPECS!! It is so crucial not only to the price, but to whether or not the truck will fit your needs!

Consider this. I had a building supply company call me once to inquire about adding a weighted bumper to their flatbed truck. This was a class 7, 3 axle truck. It  was originally built to hold a certain size Moffet on the back of the truck. The one they had was larger, and nobody bothered to discuss the fact before the truck was purchased. So they hung the bigger Moffet on the back and low and behold, the front of the truck got light and they were overweight when loaded with bricks on the bed. STILL, no one complained or said anything until one day they got an overweight ticket! Then all of a sudden, everyone was mad at each other. So, they call me up and say, we need to fix this how do we do it? I suggest going back to the smaller Moffet the truck was designed to handle and they said that wasn’t an option because the smaller one couldn’t handle the brick pallets as well. So, we discussed further and determined that they had weight to spare on their front axle and as such, we could shift the weight distribution enough that it could work. It still couldn’t haul what they used to haul with their old truck, but the could live with the limitation. So, we built them a weighted bumper and installed it. Now, a big block of steel, cut, drilled, painted, and mounted isn’t an extreme expense. But, that plus the fact they had to reduce their capacity with that truck even after spending that money, and buying the truck…more than offset the savings they thought they had when they bought the truck without reading the specs first.

You’ve got to read the specs. You’ve got to know what you need to do the job you need done, and you have to make sure what your buying fits that need. Buying on price gets you a price. That’s not the same as getting what you need.

Let me address one other thing. Sometimes you can’t afford what you need. Look, I’m a small business owner. I get it. I need a lot of stuff I can’t afford to get right now. But, those are limitations I have to live with until I can afford what I need. In some cases, I have purchased the cheaper item to get me by – and as such, I have to be careful not to over-promise to my customers and be ready to refuse a job because I’m not adequately equipped. Doing stuff we’re not adequately equipped to do can result in huge problems. When it comes to work trucks doing things they weren’t designed for, the repercussions of a risk gone wrong can be catastrophic – and don’t justify the end.

Read the specs. Ask the questions. Know what you’re buying inside and out.

And listen to your wife. It’s cheaper to keep ‘er!